The pedigree of Godwin, earl of Wessex and father of king Harold Godwinson, in the manuscript LB indicates he was of Cornish descent. This is confirmed by Harl. 2414 which describes him as “iarll Kernyw”. It is, therefore, likely that the red and gold draco standard portrayed as still standing on the Bayeux tapestry is of Cornish and not Saxon origin. To the left can be seen a gold draco standard that has fallen. This may be that of Wessex. 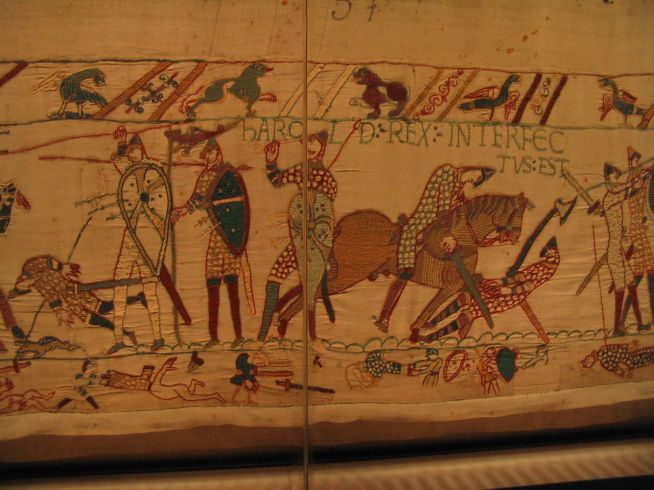 Those standards were being held by foot soldiers and differ from those used by the Sarmatian cavalry. That the latter version was still in use as late as the 9th C is indicated by an image of a Carolingian draco standard in the Psalterium Aureum which dates from that period.

Discoveries from under floors and turf, stories of past lives, the ordinary and extraordinary